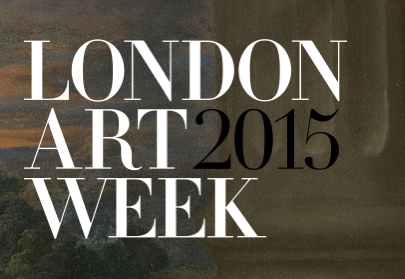 London Art Week (3 to 10 July 2015) is the most important gallery-based celebration of traditional art, highlighting the unrivalled quality, riches and expertise available within the galleries of Mayfair and St. James’s. Bringing together over 40 leading art galleries and three auction houses, the event includes a series of dedicated exhibitions and presents a wealth of paintings, drawings, sculpture, and works of art from antiquity to the 20th century, many of which have been hidden from public view for decades. 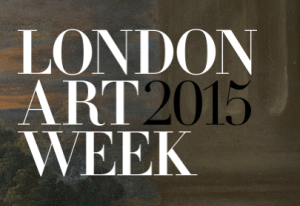 Johnny van Haeften and Lowell Libson, Senior Committee members of London Art Week: “’London Art Week’ is a key moment of the year which celebrates the resounding importance of the art gallery. It also highlights the position of Mayfair and St. James’s as the global centre of the traditional art market, and the leading destination for expertise. We look forward to welcoming collectors, curators and enthusiasts to this year’s event which will offer the strongest and most diverse selection of art to date.”

A myriad of exciting rediscoveries have been unveiled at London Art Week 2015. Highlights include The Sayer Family of Richmond, 1781, by Johan Zoffany, R.A. (1733-1810), one of the most important rediscoveries in the field of classical British art for decades (Colnaghi); a marble sculpture of Lucretia by Philippe Bertrand (1663-1724), artist at the Court of Louis XIV, which has been unseen since it was exhibited at the Salon de Louvre in 1704 (Galerie Sismann); the only known drawing by Cesare Magni (1511-1534), pupil of Leonardo da Vinci, to be firmly attributed to the artist (Martin Hirschboeck); and Madonna and Child by Simon Vouet (1590-1649), otherwise known as The Madonna Molé, whose existence was known by scholars through an engraving, but whose whereabouts were unknown until now (Maurizio Nobile).

Full details of the event, including a map, are available at www.londonartweek.co.uk

Digital arts are the future. Ebooks are taking over literature. We are at the forefront of this new technology in the arts.